RETURN POLICY
SHIPPING
PAYMENT
ORDERING MUSIC
OUR STORY
TESTIMONIALS
Ordering Music
We try to make ordering music simple at J & B. If you know what you need, simply use our Custom Order Form. You may also email us at service@jandbmusicsales.com or call us at 479.890.6149 to place a music order.

Not finding the products you need on our website? We are a proud retailer for dozens of music publishers, both in the United States and internationally. We are able to order music from the following, and more. Feel free to browse these websites to find items you would like us to fulfill for you.

We are proud to partner with the United States Postal Service, UPS, and FedEx to get our packages delivered in a safe and timely manner. Arkansas is our home and we are able to fill in-stock orders to Arkansas customers in one business day.

If we do not have the items you need in stock, we will order it from the publisher to service your order. Wait times may vary depending on the publisher and their location. We will communicate with you if any items become unavailable or if an extended wait time is expected. Most orders are able to be filled within 5-10 business days once the order is finalized.

For any customers shopping and completing orders online, we are able to accept Visa, Mastercard, Discover, and American Express through our partnership with Worldpay Integrations.

We are also happy to work with school, church, and institution accounts to fulfill Purchase Orders. You may place an order by using our Custom Order Form, by email (service@jandbmusicsales.com), by phone (479.890.6149), or by fax (479.890.6150). We cater to the needs of our customers and are very proud to support and serve Music Educators. When the order is ready to ship, we will email an Invoice that you, or your school, may use to pay online or to pay by check or money order.

If for any reason you are dissatisfied with your purchased item, please contact us within 30 days of the shipping date. Most items we can accept back for a full refund or store credit with no issue.

If the item is defective, we will send a replacement promptly. If the item was incorrectly ordered by us, we will give a refund, replace, or credit the item in full, depending on what works best for you.

If the item simply does not suit your needs, contact us directly by phone, email or in-person and we will work out a suitable arrangement. Unless the item was unusually expensive and hard to get, returned 30 days after the shipping date, or is incredibly obscure and unusual, we’ll take it back and get you a full refund/credit. Otherwise, we may need to charge a restocking fee in accepting the return and deduct it from the amount you would be credited/refunded. The restocking fee can vary depending on how much the item costs, how likely it may ever sell again, the amount of time before asking to return the product, and other factors. We don’t do that often – we’re just using and asking for some basic common sense here.

Shipping charges normally can only be refunded if an error was made on our part in filling your order.

If you’re still not sure, contact us. We’re here to help, and we always want your shopping experience with us to be a good one.


A love for music is something that has traveled with Layton throughout his life. Although Layton was not raised in a musical family, he was intrigued by a church pianist at an early age and made it a personal goal to become a musician. With the support of his family, Layton began taking piano lessons and learning to read music before his feet could reach the pedals from the piano bench. As Layton’s legs grew, so did his passion for music, which resulted in his decision to major in music as a college student where he was formally introduced to choral music for the first time.

In 2012, Layton was hired to work at J & B Music Sales as a groundskeeper and extra hand for moving heavy boxes. He was privileged to attend conferences as a J & B associate where he began forming relationships with choir directors around the state. Those relationships continued to grow over the years, and Layton realized his true joy was serving musicians through J & B Music Sales. The owners of J & B recognized his passion and dedication, and in 2018, made it possible for Layton to purchase the business. Under Layton’s ownership, J & B has expanded its product catalog, partnered with new vendors, launched a printing service, and has created an eCommerce website. It is with excitement and gratitude that Layton leads J & B Music Sales and continues its tradition of excellent service and friendship to current customers, and those yet to come. 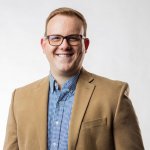 Jamie Williams, originally from Mountain Home, Arkansas, started singing as a toddler and never stopped. As a child, his musical interests were encouraged at church and in school. In high school, his passion for music grew as he performed in musicals such as You're a Good Man, Charlie Brown, and was chosen by the school music teachers to receive the Governor's Award for Musical Excellence.

While a student at Arkansas Tech University, he studied voice under Dr. Barbara Clements and received numerous awards, including first place in both the Arkansas Tech Solo Competition and the Advanced Men category at the National Association of Teachers of Singing competition. He has since been featured as an alumni soloist with the Arkansas Tech Choral Artists. He was proud to serve for two years as Student Director for the Arkansas Tech Choirs, as well as numerous other leadership roles in choral and instrumental ensembles.

Throughout his time at ATU, Jamie was voted by his peers as Most Organized, Most Likely to Win a Grammy, Outstanding Senior, and Spirit of the Choir. He was also honored to receive the first annual Gary Morris Award, in honor of the immediate past Director of Choral Studies at Arkansas Tech and one of his closest mentors.

Jamie also serves as a pianist for the Central Presbyterian Church of Russellville. In his spare time, he loves drinking iced coffee and reading non-fiction. 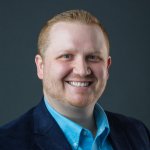 ABBY
Chief of the Welcoming Committee


Abby joined the J & B team in the summer of 2013. Her youthful personality and eagerness to welcome visitors made her an ideal addition to the team, and an obvious choice to hold the position of Chief of the Welcoming Committee. Abby oversees the greeting operations and training exercises for other J & B team members. Abby enjoys traveling with the J & B team to conferences and has been known to make a grand appearance in conference sessions. Her highlight of each day is package deliveries. 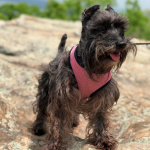 Levi is the most recent addition to the J & B team. Since his arrival in early 2019, Levi has been successful in keeping everyone in the office more active and encourages frequent destressing exercises – many of which involve undivided attention on him. Levi is always first to answer the door with a warm and fuzzy welcome and has a gift of making sure that every visitor is sure to feel noticed. 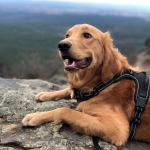 
"J&B Music is a reliable source for choral music and music education materials.  Their customer service is superior.  Their employees are knowledgeable, courteous, and professional.  I have used the company for almost 20 years and never had a problem with purchasing, delivery, or quality of merchandise."
Ferroll Taylor, Choir Director