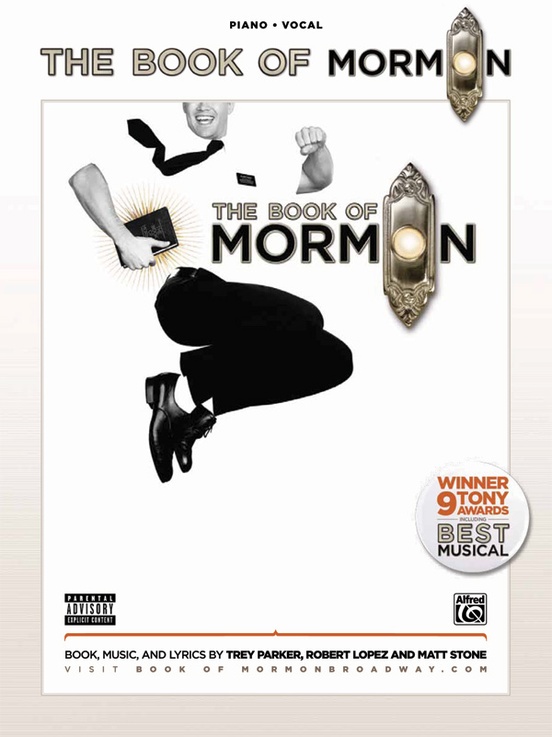 This is the official sheet music collection for the hilarious Tony Award-winning Broadway blockbuster written by acclaimed Broadway composer Robert Lopez (Avenue Q) and South Park creators Trey Parker and Matt Stone. The show is lauded by critics and audiences alike as the best musical of the century. This collectible songbook allows singers and pianists to apply their talent to the show's award-winning score with piano/vocal arrangements of all 16 songs from the Original Broadway Cast Recording. Adding to the appeal of this souvenir edition are eight pages of full-color photos from the original Broadway production. Contents: * Hello! * Two by Two * You and Me (But Mostly Me) * Hasa Diga Eebowai * Turn It Off * I Am Here for You * All-American Prophet * Sal Tlay Ka Siti * Man Up * Making Things Up Again * Spooky Mormon Hell Dream * I Believe * Baptize Me * I Am Africa * Joseph Smith American Moses * Tomorrow Is a Latter Day.