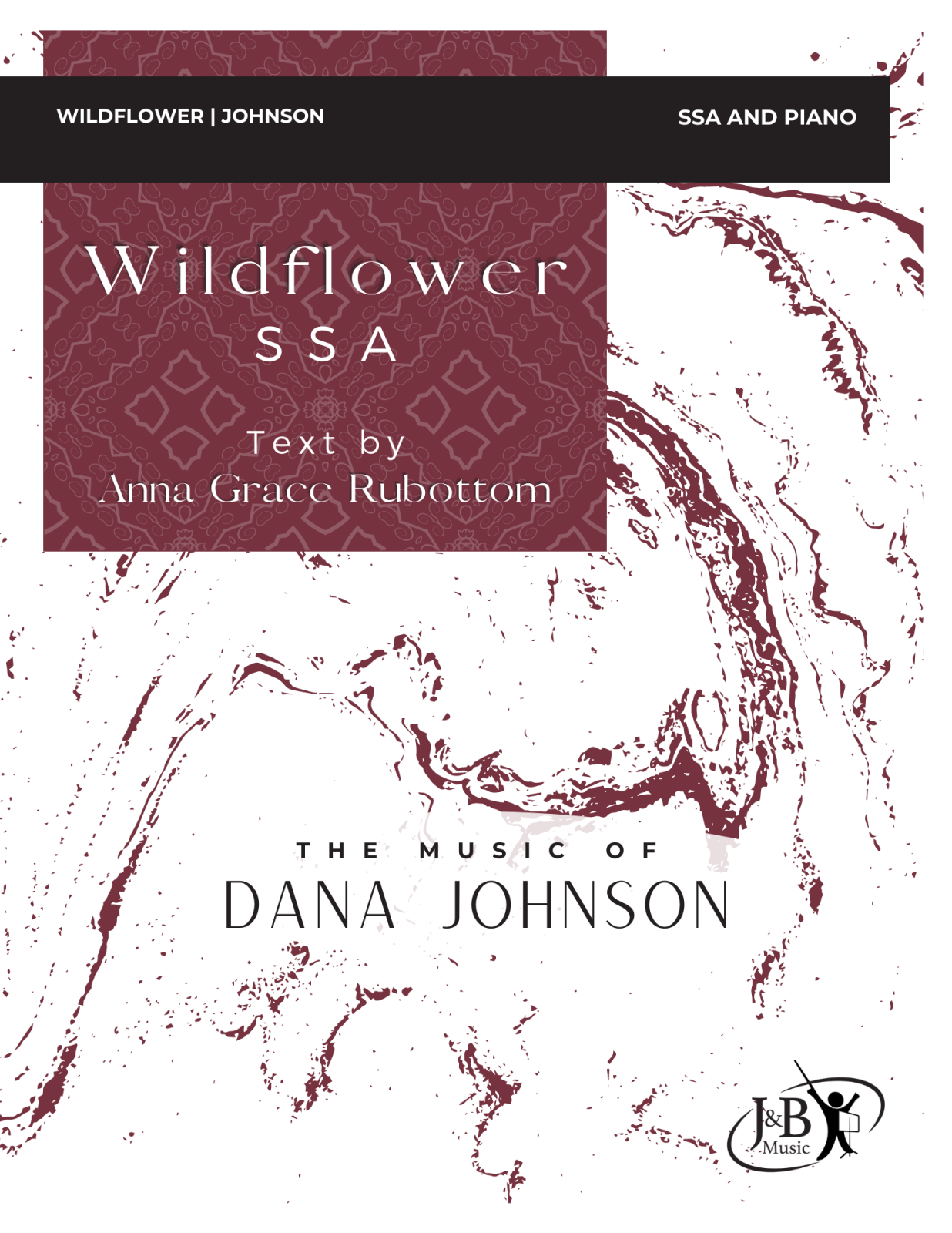 Composer Notes About the Text:
The text for this piece is a poem written by a high school choir student of mine at Brookland HighSchool in Brookland, Arkansas. One day at school I asked students to share a talent with the class.Senior, Anna Grace Rubottom, chose to share a poem she had written a few years earlier while shewas in junior high. As she stood in front of the class to read her original poem, her heartfelt wordsand tears poured out before the class and moved everyone to tears. I believe it was because everyonein that room, including myself, had experienced those feelings at one time or another. When she readthe poem, I knew instantly that I wanted to create something musical from it that all the girls in thatclass would remember for years to come. Thank you, Anna Grace, for sharing your gift and yourheart with us.

About the Composer:
Dana Johnson (b. 1975) is a graduate of Arkansas State University where she received her bachelor of music education. While at ASU, she studied choral music with the late Alfred Skoog, who was instrumental in encouraging her to continue composing choral music. Johnson has been composing since age fifteen, and her works have been performed by churches, high schools, and universities; however, her favorite experiences of hearing her music performed have been through her students at Brookland High School in Brookland, Arkansas, where she is currently the high school choral director. She also performs as a vocalist/pianist in Congressman Rick Crawfordâ€™s band (Triple Nickel) and has been the choral director/organist at St. Johnâ€™s Lutheran Church in Lafe, Arkansas for over twenty five years. Her passion for a variety of music, as well as performing, has given her many opportunities to share the stage with several award-winning artists such as Lonestar, Keith Urban, Kenny Chesney, Shenandoah, and Rascal Flatts. Johnson currently resides in Lafe, Arkansas, with her husband, Ben, and their son, Bennett Johnson.